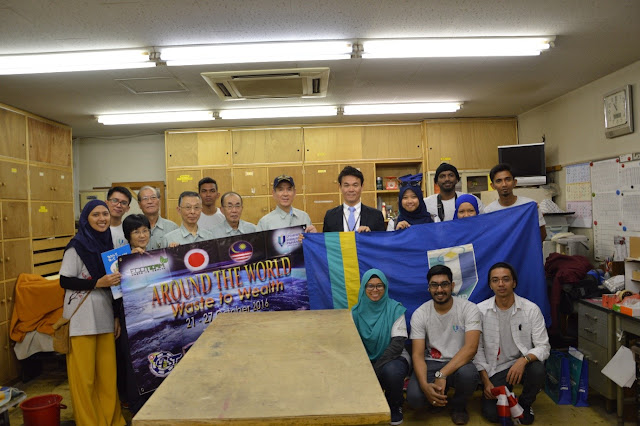 Namikibashi Recycle Centre is one of the recycle centre located in one of the biggest city in Tokyo, Japan which is Shibuya City. Statistically showed in, 2016, it has an estimated population of 221,801 and a population density of 14,679.09 people per km squared. The total area is 15.11 km squared. Shibuya Station located here which one of Tokyo’s busiest railway stations in the world also famous with Shibuya crossing that have been used about 2 million people per month. It can be access approximately 15 minutes from JR Shibuya Station by walking 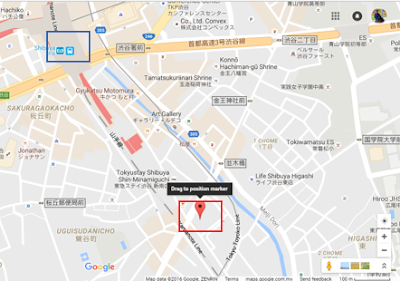 In Shibuya City there are over 20 recycle centre that serves as a place or collector for the collection and recycling of municipal waste. Namikibashi recycle centre is the centre of collecting municipal waste that can be recycled such as papers, bottles, cans, plastic bottles, used clothes, e-waste such as mobile phones, fluorescent tubes and also furniture. Each recyclable items such as paper separated with different of type such as newspaper, magazine, and cardboard. Besides that, cans also separated into two item which are aluminium and steel cans. Before the Japanese need to send all the recyclable items, they must follow all the instruction provided by the centre such as tie up with string for each papers, rinse the inside of the cans and bottles and take off stopper of bottle as well as the wrapper. All this made for a pleasant worker process recycle centre to continue thereafter. 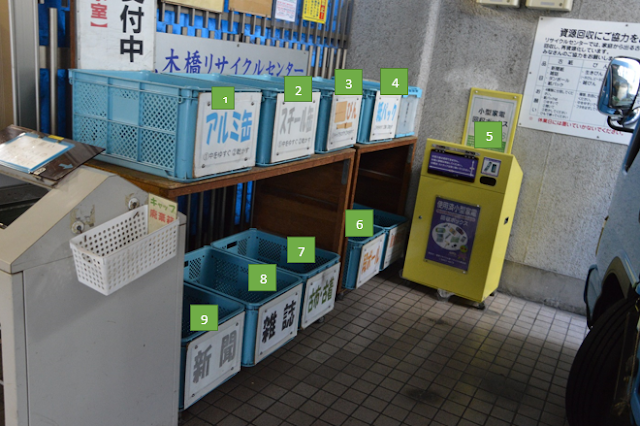 Other than collecting the recyclable items, major specialities in Namikibashi recycle centre are taking care of, recycle or reproduction and sale of used furniture. The manager of this centre is Mr. Tenji Suzuki that manage about 10 years. In here, they will receive usable old furniture from shibuya city residents only and will go through recycle or reproduction process and eventually resold at lower prices. According to Mr. Suzuki, statically, every week there will be delivered old furniture at the recycle centre but they will only accepted for 2 days which are Monday and Thursday. For sale service is only open on Tuesdays. All information about the goods and the sale can be obtained from the local newspaper or from the internet. Even they will receive usable old furniture but not all type of it will be accepted except bed, office furniture and electric appliances.

In this centre, each items will undergo 3 steps of procedure which are cleaning, reproduction and inspection. For second and last step, there will be led by Mr. Watanuki, 6 years experienced with this company. He will decide what type of reproduction to do on old furniture. Reproduction process involve such as polish, changing metal fitting, colouring, and many more. All these processes are performed by humans. So work becomes more flexible and more precise and beautiful. After all the process complete, that furniture will go through quality checking process or inspection which will be checked by leader Mr. Watanuki as well.

After that, that furniture will be brought to the show room to sell and there, the manager and leader once again play a role in determining the new price to sell to customer. According to Mr. Suzuki, the price is cheaper compared to the new one, such as the goods are originally 20000yen and sold at 3000yen only.

We conclude our visit that time with a commemorative picture with the manager, leader and other staff to wrap the event of the day. The visit was about 2 hours as started from 1000 until 1200. We hoped from this journey, it can give our team awareness about importance of recycle especially in Malaysia. 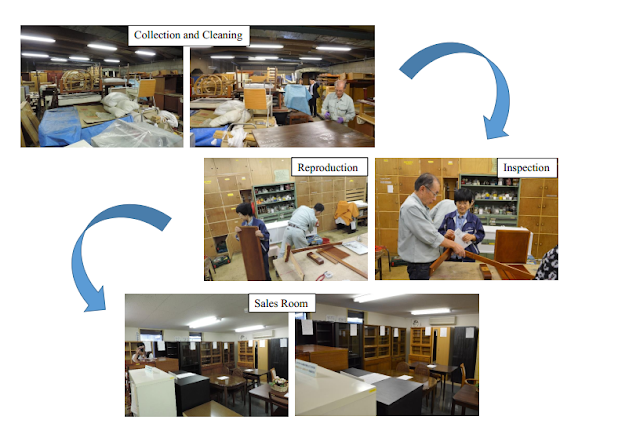 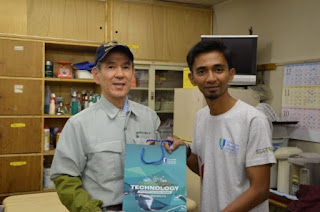 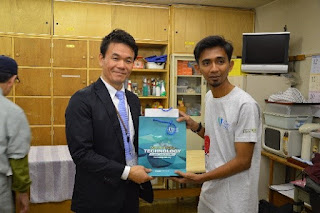